Stark Farm (スターク ファーム; Stark Farm) is a circuit located on a barren, deserted farm. It was once a lush, prosperous farm and a large area for food storage, but it began to wither for unknown reasons. Scientists began to investigate the strange occurrence and discovered that the cultivated soil was filled with harmful substances. While trying to recover all losses of food, an F-Zero track was constructed there, putting it back into the spotlight.[1] 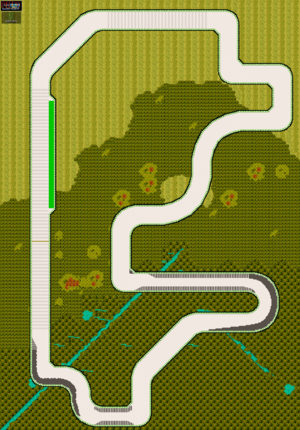 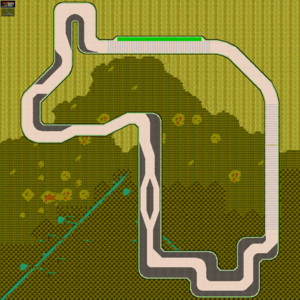 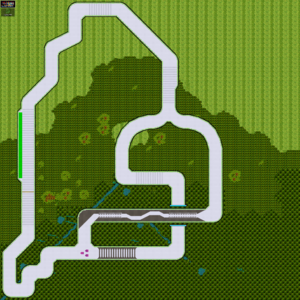