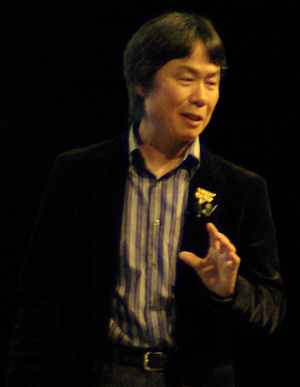 Shigeru Miyamoto is the creator of several video games, among them F-Zero.

Shigeru Miyamoto (宮本 茂 Miyamoto Shigeru) (born November 16, 1952) is a Japanese Video game designer and the manager of Nintendo Entertainment Analysis and Development. He is perhaps most well known for creating the Mario and The Legend of Zelda series. He served as a producer on F-Zero, F-Zero X and F-Zero GX.